The History of Manorville Ambulance

A few members with our first Ambulance, in front of a members garage. The members would rotate on who had the wagon.

A few Memorabilia that we have in our Headquarters. 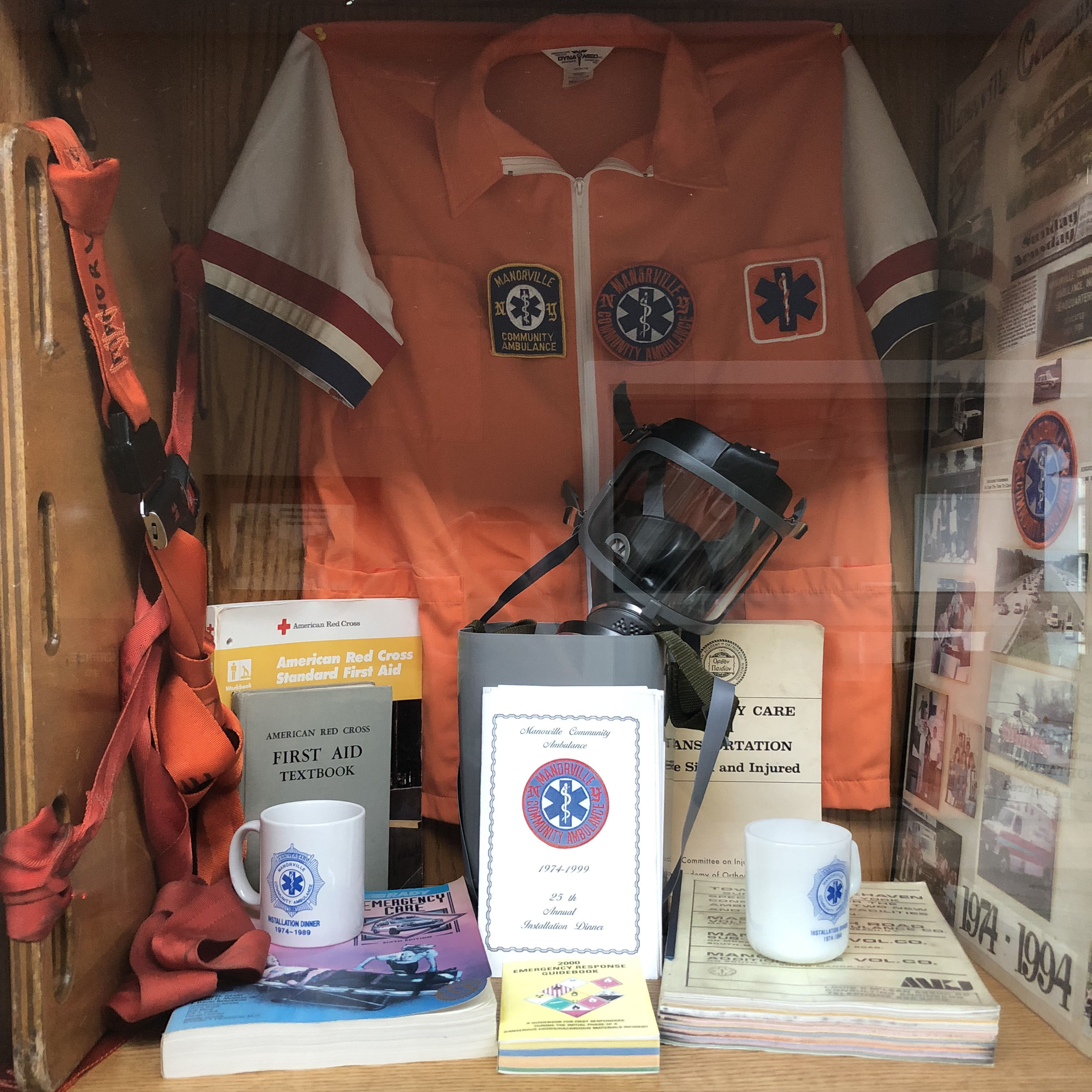 There was no tax money. The operating budget of the ambulance depended solely on donations through fundraisers, door to door soliciting and raffles. When the money ran out, the members bought gas for the rig out of their own pockets. Two members actually took out second mortgages on their homes to help MCA.

MCA ended up in temporary quarters on Lane Blue Spruce Maids Road (across from the Maples). When that building was no longer viable, the rig went back to the President’s house.

Finally the Manorville Ambulance Tax District was formed and with that came the HQ building on South Street which was dedicated in July 1985. Before the building was finished, a temporary trailer was placed on the property, but ended up being torched.

So we came from extremely humble beginnings in 1974 with a donated ambulance, no HQ but DEDICATED members whose first priority was to help people. They weren’t in it for what they could get out of it, but for unselfish reasons.